Since 1985 the Geological Survey of the Netherlands is commissioned to compile a consistent, regional-scale petroleum geological framework for the subsurface of the Netherlands, both on- and offshore. The general approach and workflow of the deep mapping program correspond to that of the hydrocarbon E&P industry, but on a regional instead of a reservoir scale.

Firstly the onshore mapping was executed and published on paper (onshore geological atlas, TNO-NITG, 2004) and the offshore domain was covered between 2004 and 2010 (Kombrink et al., 2012). Since 2010 primarily the onshore area is in the process of revision. It is targeted at new resources and functions of the subsurface, such as geothermal energy potential and storage of natural gas, oil, CO2, hydrogen, rain water and nuclear waste. The increasing demand for deep subsurface space with specific rock properties and utilization potential, presents potential subsurface planning conflicts. Such issues are, amongst others, dealt with in a policy for underground spatial planning (STRONG - Structuurvisie Ondergrond). This policy paper will be the guideline for a sustainable and responsible use of the subsurface of the Netherlands. Our subsurface data and models serve as input to this initiative.

The DINO database contains over 135 3D seismic surveys covering around 99.900 km2 and more than 577.000 km 2D seismic lines (analogous- & digital lines). The number of non-confidential wells is around 5800. Over 95% of the publicly free 3D-surveys are used and all non-confidential wells have been consulted to constrain the modelling process. 2D Seismic data has been used to fill in areas not covered by 3D seismic surveys (Fig. 1 - seismic coverage, Fig. 2 - wells used).
Digital Geological Model releases

The Digital Geological Model-deep (DGM-deep) is a stacked grid model Thirteen geological horizons, ranging from Carboniferous to Neogene in age, are the constituents of this model. The model is based on interpretations of publicly available 2D and 3D seismic survey data, combined with a variety of well data, supported by biostratigraphical, petrophysical and geochemical analysis. The interpreted seismic horizons are the bases of lithostratigraphic units, which are defined in the Stratigraphic Nomenclature of the Netherlands.

Current and previous versions of the DGM-deep model and related data can be retrieved through the Dutch oil and Gas Portal. The currently released DGM-deep v5.0 is a model of the Netherlands on- and offshore (more information, see Model details). In the near future DGM-deep v5.0 can also be examined in a viewer via DINOloket (https://www.dinoloket.nl/ondergrondmodellen).

DGM-deep aims at providing a regional geological understanding of the build-up of the deep subsurface of the Netherlands. This implies that the model does not provide the detail to solve and execute reservoir scale issues and -evaluation. To assess the usability and reliability of the DGM-deep model, uncertainties have been addressed in the modelling workflow. An explanatory note is provided describing the uncertainty procedure applied. 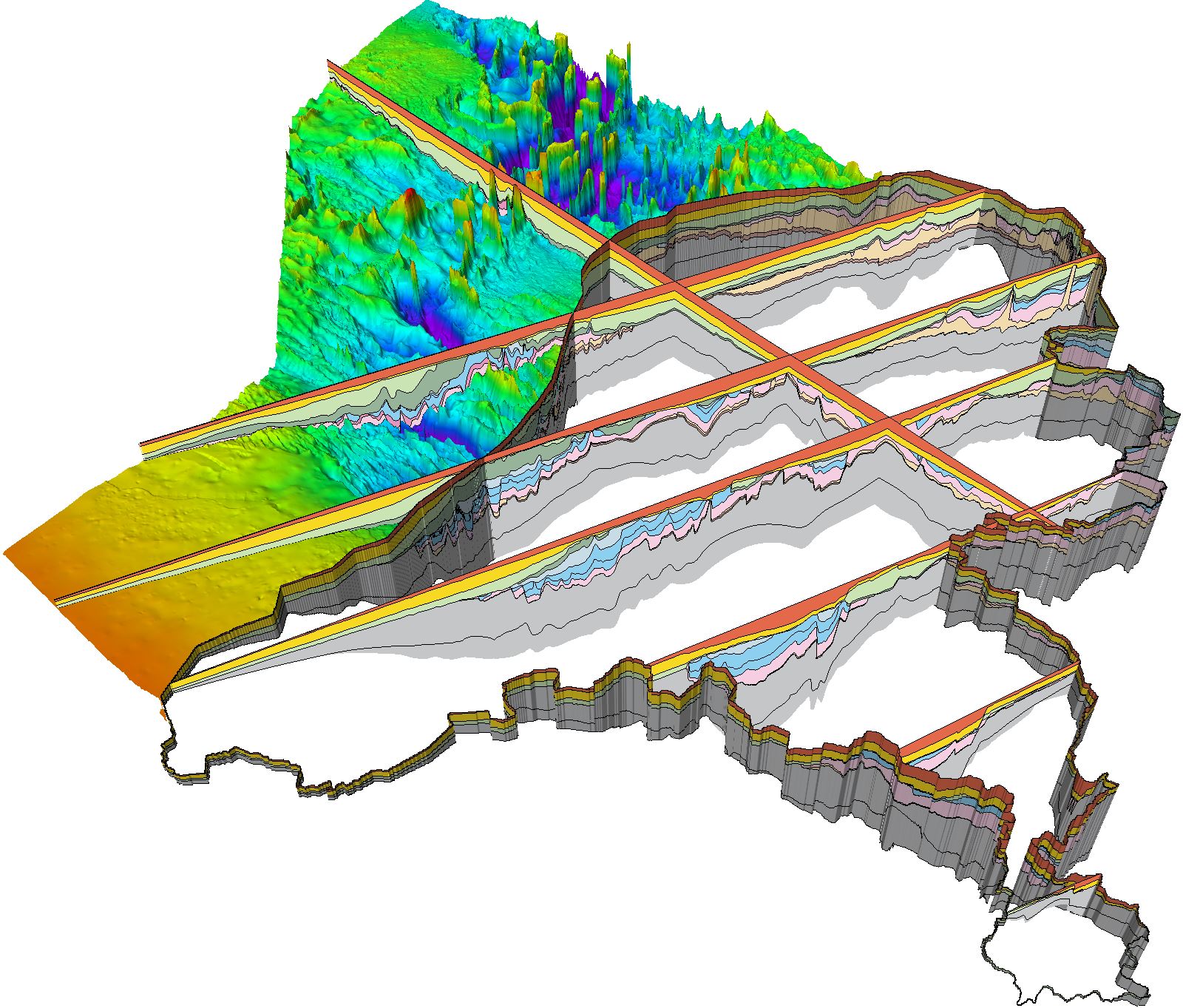